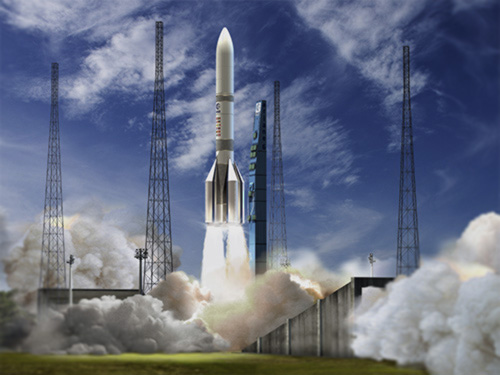 The Arianne 6 programme is managed by Ariane Group in collaboration with more than 600 companies in 13 European countries. Ariane 6 represents a new generation of European launch vehicles. It can carry a variety of loads to all geostationary orbits, from small satellites to large satellites weighing up to 11.5 tonnes.

Ariane 6 significantly reduces the cost of launching satellites into Earth orbit compared to its predecessor, Ariane 5. Launches will be performed from the Guiana Space Centre with 11 flights per year planned for 30 years. It will carry, for example, additional satellites for the European navigation system Galileo into orbit. The first group of satellites was transported by the previous model Ariane 5.

With a height of 60 metres, Ariane 64 with a full payload weighs almost 900 tons at the launch. The rocket itself consists of three stages. The first stage is made of P120C booster engines. These provide the main thrust during the launch. After about 2 minutes, they burn out and the booster engines are disconnected. The main engine Vulcain burns from the start of the flight, bringing the rocket to a height of about 100 kilometres in ten minutes. The upper stage with a Vinci engine is then able to transport payloads into various orbits in one flight. The launch vehicle is produced in two versions, Ariane 62 and Ariane 64. The more powerful Ariane 64 uses four booster engines and can carry 2 satellites into space, while Ariane 62 can launch 1 satellite. Each booster weights 142 tonnes including fuel, is 13.5 metres long, 3.4 metres in diameter and develops a thrust of 350 tons. 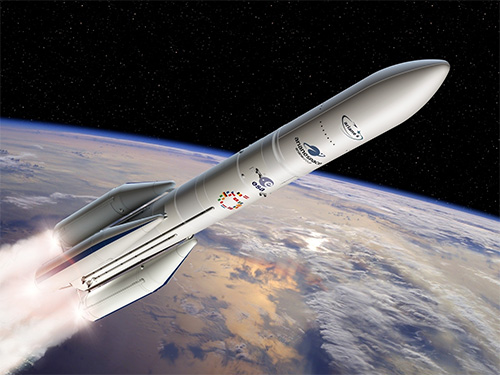 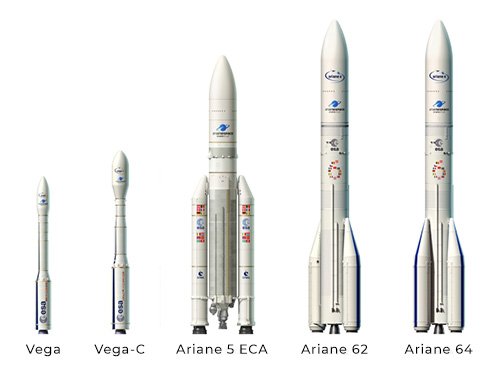 The main advantages over Ariane 5 are not the performance, but the operating economy. The rocket is designed so that its price is half that of its predecessor, while being capable of at least twice the number of launches per year. 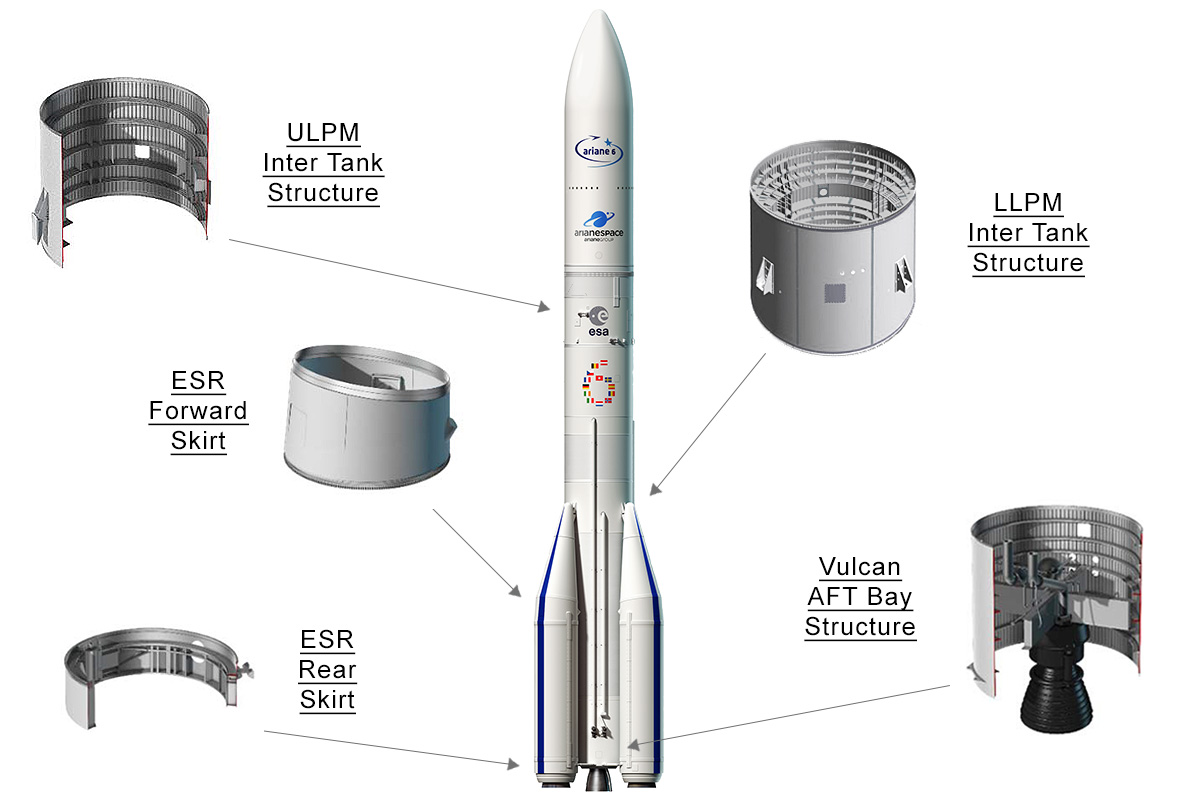